Listening to the Hope for Change: Peabody Conversations 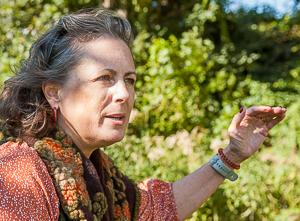 Nothing can quite prepare you for the experience of running for elected office.

When I first started this campaign, I did so because I wanted to stand up against the proposed gas plant, known as the “peaker” plant. I didn’t know if people were aware of the project, or if I could even win. All I knew was that the proposal would harm our communities, and I couldn’t sit by and do nothing.

Now, a preliminary election and hundreds of conversations later, I want to report some of the conversations I’ve had that have really given me hope for our future.

It turns out that Peabody residents are almost unanimous in their opposition to this gas plant, and they know that building it would represent a huge step backwards for our community. I believe these neighbors voted me into the runoff so I could share these perspectives, and so I could keep up the fight against the plant if elected to the Commission.

One of the first conversations I had during the campaign was with a resident who was outraged not just at the project itself, but also at the secretive process that led us to this moment. For those who don’t know, the Light Commission voted to approve the gas plant six years ago under the opaque name of “Project 2015A.” For years this plant was kept under wraps, only becoming known when the Salem News broke stories on it. Even those of us who kept a close eye on city business had no idea, since the Light Commission hadn’t yet published its meeting minutes on its website!

As a healthcare professional, I know just how intertwined health policy is with energy policy. One resident told me that she was raised next to the Salem Coal Plant, but after years of fighting pollution she decided to move to Peabody. She said the new gas plant reminded her of the myriad of health issues that cropped up among her Salem neighbors during her childhood. As I spoke to her I thought of how wrong it was that we welcomed a newcomer to our city by building a 90 foot smokestack in their backyard. That’s no way to treat a neighbor.

Throughout my canvassing I have encountered many people who feel left out of the process. While canvassing at Market Basket I approached a man to discuss the gas plant and my proposed alternatives, but he replied that his voice “no longer counts” in our city government. Unfortunately, our Light Commission’s commitment to secrecy and lack of citizen engagement can make many people feel this way. It seems that decisions are made without us, instead of with us. I talked about my commitment to public outreach, and how this lack of transparency was actually a reason I decided to run at all. To my surprise, he circled back after our brief conversation and promised to continue voting.

I could go on and on about fantastic conversations I’ve had: about green energy jobs, about the need for change, about alternatives to the plant. There’s nothing quite like speaking to your neighbors and learning that you’re not alone. It turns out that many residents feel the same way as me about the proposed gas plant, and people from all over the city are demanding a change. For years, our Commission has refused to look forward to tackling our problems.

I think it’s time we start planning for our future, for a change. That’s the only way we can ensure we leave Peabody a cleaner, safer place for our children.

For more about Tracy Valletti

Shoulder to the Wheel, Eye on the Future