Look Under Rocks for Danger (Part 1) 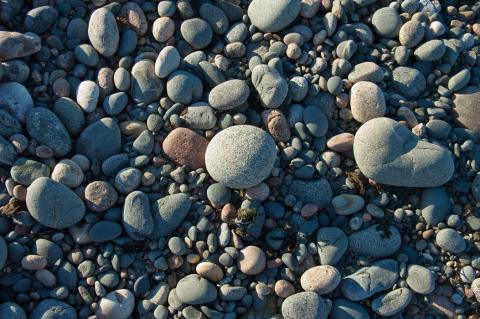 Municipal light plants provide reliable, low-cost electricity. The current proposal to install a third, 55 MW, fossil fuel power generation facility in Peabody threatens reliability, cost, public health, the environment, and our climate.  The 300,000 ratepayers in the 14 municipalities comprising the generator consortium are investors whose money and health are at risk.  A prudent investor will do careful due diligence—look under the rocks for the risks. Although in the past, considerations of profit and loss ruled investment decisions, we must now have a broader vision. From today, our vision must include public health, the environment, and the climate crisis.

Massachusetts Municipal Wholesale Electric Company (MMWEC) and 14 participating municipal light plants have already sunk $30 million into the project—before getting all financial and regulatory approvals. If the plant is not built, ratepayers will have to cover those costs. Peabody’s Municipal Light Plant (PMLP) $10 million share of sunk costs would cost ratepayers $400 each, according to PMLP Manager Charles Orphanos. Marblehead ratepayers would be charged about $90, according to Joseph Kowalik, General Manager at the Marblehead Municipal Light Department.

Cost and reliability will be challenged as urgent climate, environmental, and public health issues are likely to raise fuel costs. Legal, regulatory, and public resistance, and costs may force early closure. The cost of energy from renewables is fast becoming lower than the cost of energy from gas. If the plant is forced to shut down, it will be a stranded asset, producing nothing while ratepayers will have to cover over $85 million plus interest.  In Peabody, the cost to the average ratepayers would be about $1,100. In Marblehead, the cost would be about $255.

We can’t ignore the externalities—the important things that aren’t on the profit-and-loss statement—the impacts on public health, the environment, and the climate crisis.  We need to do a comprehensive health assessment of the impact of the plant. Experts in medicine and public health decry the effects of burning natural gas, which produces oxides of nitrogen—causing asthma and worsening chronic obstructive pulmonary disease.

According to the office of Senator Michael Barrett, “the [Next Generation Roadmap, (Acts 2021 Chapter 8)] directs the Department of Public Utilities (DPU), the regulator of the state's electric and natural gas utilities, to balance priorities going forward: system safety, system security, reliability, affordability, equity, and, significantly, reductions in greenhouse gas emissions.”  The request of the MMWEC for approval to obtain $85 million to finance the peaker plant is pending before the Department of Public Utilities.

A better plan is needed

The current plan is at risk because it does not consider the impact on public health, the environment, and the climate. At a time when the future of our grandchildren is at risk from global warming, every use of fossil fuel is wrong.

MMWEC and PMLP claim the plant is needed to meet the requirements of the capacity market to assure power reliability during times of heavy use and in an emergency.

The capacity market exists to fill the gap between the basic daily demand for power and the amount needed in daily peaks or crisis. A capacity obligation, determined by the difference between the highest demand and the basic demand, is enforced to avoid  disruptions to the electrical system.

The constraints of the capacity market are due to the high demand in our densely settled region, an area with little space for new generation or storage facilities, in addition to a transmission infrastructure bottleneck which limits the ability to import power.

However, MMWEC and the PMLP commissioners actually see the plant as a revenue producing asset.

But there are other ways to mitigate the capacity problem that don't continue our reliance on fossil fuel.

Battery peakers are less costly and more reliable than gas fired generators. On June 22, 2021 at a public review of the peaker plant, Matthew Ide, Executive Director of Energy & Financial Markets at MMWEC, said they had responded to public concerns for a clean alternative by evaluating the creation and operation of a battery peaker in comparison with the total lifetime costs of the proposed fossil fuel peaker. Ide claimed that the battery solution would not be a good financial investment because ISO New England compensates batteries lower than fossil fuels. Charles Orphanos explained that while batteries work for a few hours, peak capacity demand can continue for days in extreme situations; therefore, reliability requires the use of fuels like gas, oil, or hydrogen. However, the rules are slanted in favor of fossil fuels.

On ISO-NE’s balance sheets, renewables like solar, wind, and energy storage appear more expensive than fossil fuels and therefore less likely to be chosen in the auctions.... The effect of ISO-NE’s market rules is clean energy largely being barred from the grid.

Current ISO-NE regulations thus create a disincentive for investing in clean energy for capacity, while not promoting strongly the alternatives for renewables and conservation. ISO-NE is facing challenges from ISO-member state governments as well as possible changes by federal regulators at the Federal Energy Regulatory Commission (FERC).

However, in a recent development, battery peakers have been approved through the ISO-NE auction. This may be the beginning for clean battery storage in New England.

San Francisco-based developer Plus Power won two bids in the latest capacity auction held by the New England ISO, which operates the transmission grid and competitive power markets in six Northeastern states. That means that these two battery plants offered a compelling enough price to edge out some fossil fuel plants for delivering power on demand. And they did it without any help from federal tax credits because none of them apply to standalone batteries.

Plus Power now needs to build the plants: a 150-megawatt/300-megawatt-hour system near a cranberry bog south of Boston, Massachusetts and a 175-megawatt/350-megawatt-hour battery in Gorham, Maine. The seven-year capacity contracts start in June 2024.

A new vision is needed

Let’s leave no stone unturned to find better solutions as we work together to meet the challenge.